After a couple of weeks hiatus over the Easter period I was keen to get back on the towpath.  I'm really enjoying my canal zander fishing at the moment and it seemed that I had timed my break perfectly, coinciding with the warm weather and, I assumed, the spawning and nest guarding of the zander.

Having done a spot of googling on the subject it seems that zander guard their nests until the fry hatch when they abandon their parenting duties.  This can take anything from five to seventeen days depending on environmental factors but is mainly dependent on water temperature.

As I would be deadbaiting and so unable to provoke the zander into attacking a lure which they saw as a threat too their nest I was hoping that their guarding was all done and they would be hungry having not fed for a while.  The only spanner in the works was the weather which has turned much colder of late and this will surely have the water temperature on the decline.  This may have delayed egg development enough to scupper my plans.  Only time would tell. 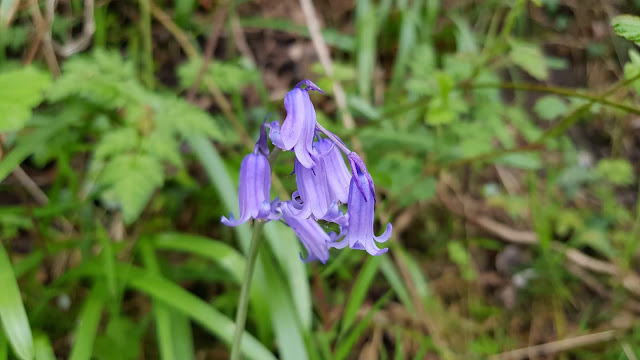 I decided to target the same area as last time out as I knew it held fish, and plenty of them judging by the amount of dropped runs I encountered previously.  I figured that this was not the time to be trying new stretches as the zander may still be preoccupied with guarding duties and that being the case I would not get a true reflection of the potential of any untried area.

As this was an after work session on a Friday I would fish into dark and with that in mind a start of around 6pm would be ideal, giving me around three hours of fishing time until it was fully dark. 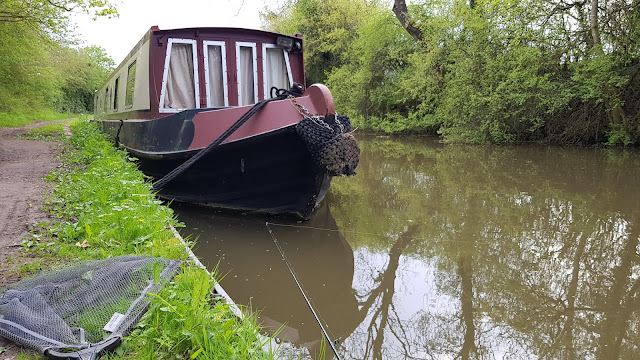 Using a float/leger setup for my canal zander fishing it has always been an issue of what to do during the hours of darkness.  Permanent isotopes not being bright enough for the purpose and temporary ones being a waste of money as I would only ever get an hour of use from them, with the short sessions that I undertake.  I had switched previously to legering and illuminating the rod tops by torchlight but I was never 100% happy with this method so was looking for an alternative.  With this in mind a trawl of Amazon and Ebay saw me find some perfect sized and weighted floats (5g) which had a battery powered led at the tip.  They seemed perfect so were duly bought a few weeks ago and have just arrived, having to come from China.  These would have their maiden outing on this trip. 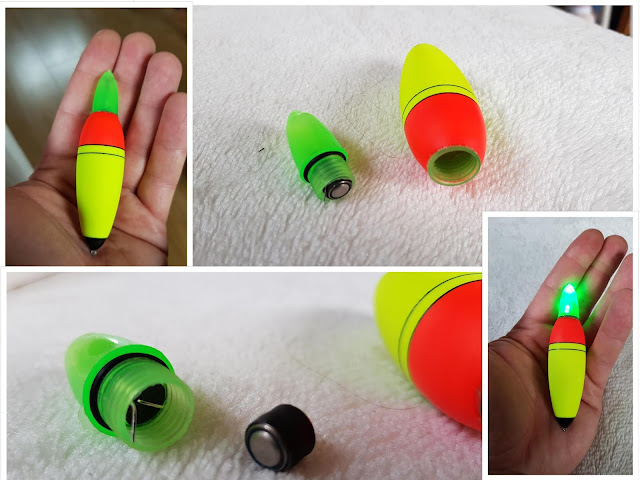 I walked to the far end of the section with the intention of keeping on the move, working my way down this cover-strewn stretch,  giving each spot just a few minutes before moving on if there was no action.

Well I didn't have to wait long.  The first area I tried soon turned up trumps.  On the first cast a section of lamprey was swung out toward the far bank cover and within a couple of minutes of settling the float was chugging along the canal.  I wound down to the fish and battle commenced wherein the fish put up a fantastic account of itself.  What a brilliant start.  I was really chuffed, not only to catch such a fish very quickly but this must mean that spawning was over and I was in for a cracking session. 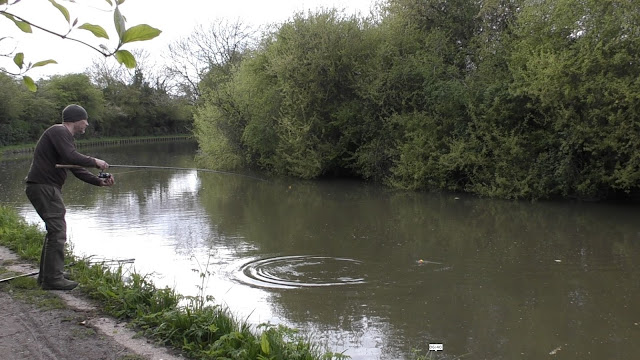 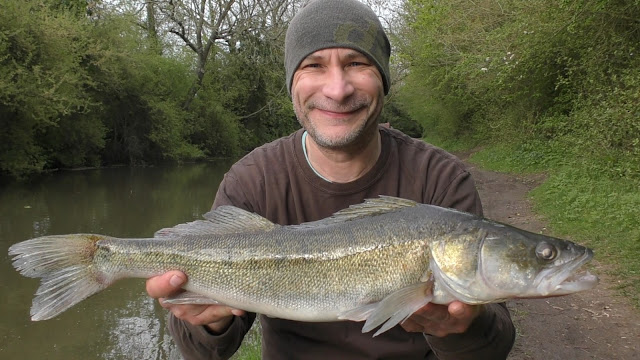 I fished on in the drizzle and into dark but without another single bob of a float.  The early optimism fading with the light.  I figure the majority of zander must still be busy parenting.  Oh well, leave them in peace I guess.  They shouldn't be too much longer though, even taking into account the cold weather that's forecast for the coming days.

On a more positive note the floats acquitted themselves admirably, working great without and with the leds fitted. 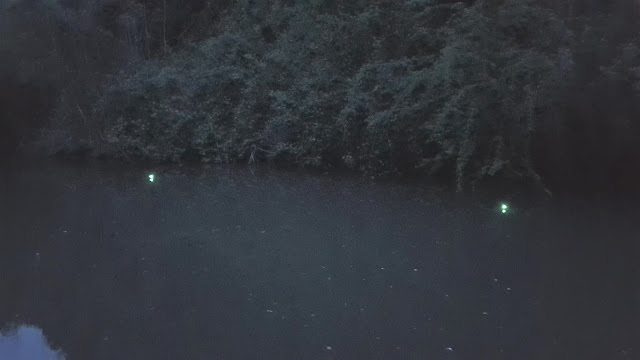 Tight lines.
at April 27, 2019
Email ThisBlogThis!Share to TwitterShare to FacebookShare to Pinterest 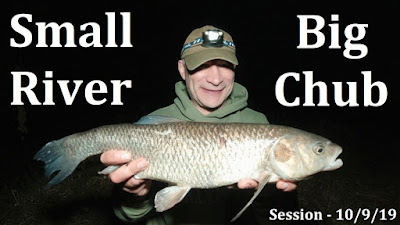